The village … has always been considered a good business point, and has been favored with many very substantial men, a number of whom are still there.

Among the more important business men may be mentioned the names of J. W. Westcott, David Strain and George Lappin, dry goods merchants; Thornes Pinty, general merchandise, and one of the wealthist men in the county; D. M. Maxey also deals in general merchandise and drugs; J. R. Gauger, druggist; T. O. Peirce, Joseph Tully (who is also the Postmaster), M. Symonds and Robert Flemin are also leading merchants, besides several others of minor importance, as well as two boot and shoe stores, which are among the solid enterprises of the town.

Besides the business already referred to, the village supports a machine shop, a wagon and carriage manufactory … and first-class marble works.

A new business has opened on Front Street in Xenia.

The owners say that the store offers a variety of items, new, used and antique at very reasonable prices.

This business is a venture between two couples, Winford and Dawn West and Randy and Donna Payne.

Wespayco also collects a 10% commission on all sales.

Wespayco is open Monday through Saturday.

Photograph courtesy of and copyright of Marsha Dewsbury, Advocate Press

Article courtesy of and copyright of The Clay County Advocate Apr 10, 2012 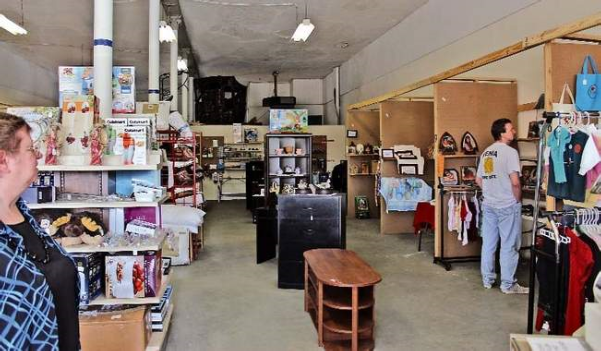