In 1830, the first schoolhouse was built. It was made of round logs, having a puncheon floor, and old-fashioned "stick in the mud" chimney, and, to afford a little light, a portion of a log was cut away and the opening covered with a greased paper. This house stood in the timber in Section 21.

Rev. Whiteley was the first teacher, and taught one term. He was well qualified for the responsibilities of a pioneer teacher, and conducted school with marked ability. This school was supported by the families throughout a radius of four miles, some attending even farther remote than that, among whom were the children of Thomas Elliott, who then lived in the house now occupied by John A. Gerhart, near Flora. Isaac Elliott and Levi Onstott attended the same school.

In 1834, another schoolhouse was erected, located in Section 3, on land now occupied by the village of Xenia. George Baity taught the first school in this house, and proved a very good teacher, but was succeeded by some of questionable ability. 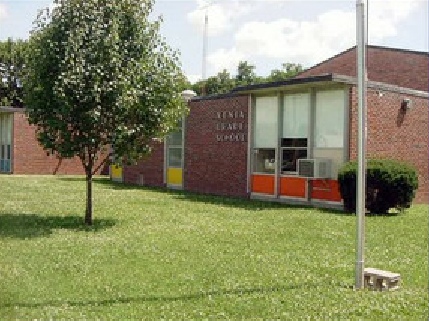 Sadly there are no longer any schools in Xenia. The Xenia Grade School closed in 2015.