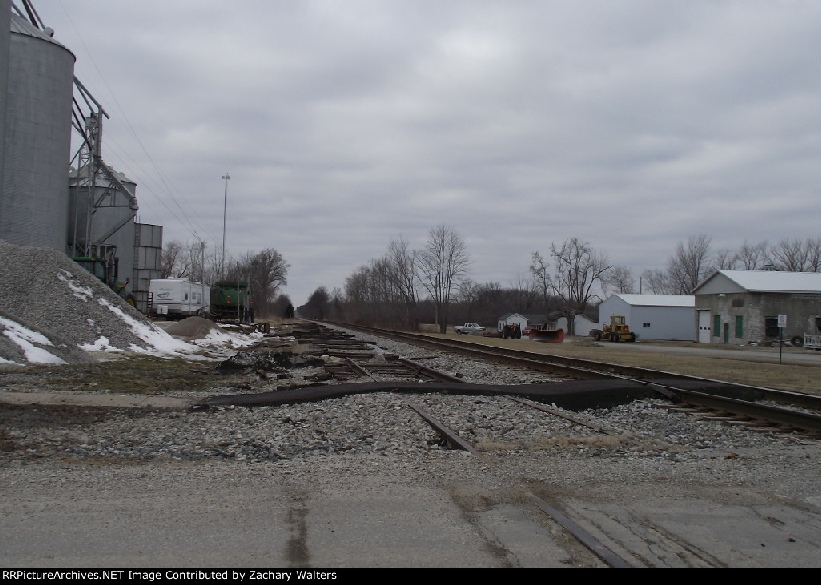 Photograph courtesy of and copyright of Zachary Walters 2011

The Baltimore and Ohio Southwestern Railway arrived in 1854.

The trackmen of the B. & O. were busy last week replacing the old rails in the passing track at Xenia with heavier steel.

Xenia was the scene of a freight wreck Monday night. Fast Freight No. 97 was pulling out of passing track, a rail broke and 4 cars were derailed two of them turned over and the others remained upright. The wreck train soon cleared the scene.

Claud Higgason and Ray Woods have entered the service of the B. & O. and have been making initial trips over the division to acquaint themselves as to how long a man can go without food and water. We believe the boys will soon be running as extra brakemen and perhaps make good train men.

Scanned slide courtesy of and copyright of Nick Trimberger 2009