BY TORNADOES AND CYCLONES WHICH PASSED THOUGH SEVERAL STATES

St. Louis, Mo., July 12. – Tornadoes an waterspouts Sunday and Sunday night added to the immense amount of damage done throughout the west by floods.

Among the cities struck by tornadoes Sunday night were Xenia and Pana in central Illinois. The former was hardest hit, and a number of its citizens were fatally injured.

It is reported that the storm cost the lives of 20 persons in various parts of Kansas and Illinois.

The tornado which struck Xenia. Ill., Sunday evening injured and demolished more than a score of dwelling houses. No lives were lost there, owing to the fact that the storm came up at an hour on Sunday when people were at home.

The storm came from the northwest and passed through the centre of the city. It lasted but 30 seconds and was followed by a cloudburst, It left many homeless, and timber and debris of homes is so thick over the town that the people had difficulty in finding missing members of their families.

Mrs. Edward Davis and her little daughter also were injured. Many of the best homes were completely wrecked, including those of Robert Fleming, Emmet Colclasure, Henry Howland, T. B. Howland, J.B. Tully and H. L. Elliott. Mrs. Tully was severely cut by broken glass. All electric light, telephone, and telegraph poles were levelled and the city is in darkness.

The home and all buildings on Mr. Tully’s farm, one  mile from here, were demolished. Other farm buildings and timbers were blown down for many miles around Xenia. Railroad cars were blown from the tracks there. Relief committees have been organized.

No business houses were seriously damaged. The Baptist church steeple was blown off and the building otherwise damaged. The large fruit evaporator was entirely destroyed. 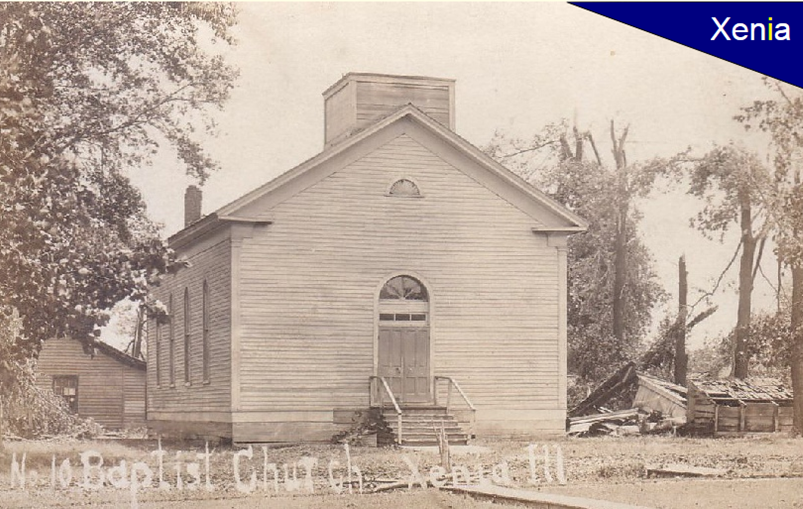 The Baptist Church pictured in 1909 with its steeple blown off 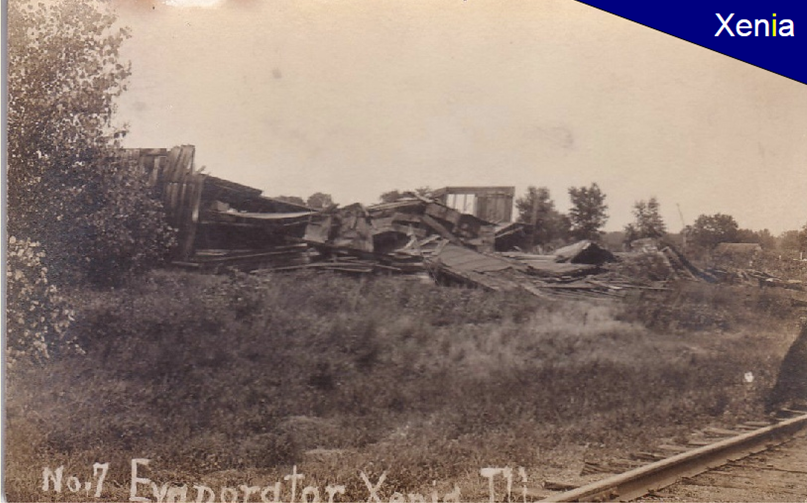 The demolished Evaporator pictured in 1909